In what episode does ichigo fight Grimmjow for the first time?

Ichigo fights Grimmjow (Ichigo vs. Grimmjow) for the first time in the Anime Bleach Episode 121 with the title: “Clash! The Person Who Protects vs. The Person Who Suffers” 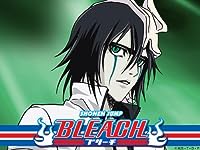 Captain Tōshirō Hitsugaya, Lieutenant Renji Abarai, and Lieutenant Rangiku Matsumoto manage to defeat the Arrancars after having the limit on their powers released. Meanwhile Ichgo in bankai form battles Grimmjow some distance from Hitsugaya’s group. Grimmjow proved to be stronger than ichigo, dealing him powerful blows that he could not defend against. Not even his black Getsuga Tenshō was able to do much damage to Grimmjow.

As Grimmjow was about to draw his sword against Ichigo, Kaname Tosen appears behind him. Kaname informs Grimmjow of his disobedience and instructs him to return to Hueco Mundo where his punishment awaits. Before leaving, Grimmjow tells Ichigo his full name and predicts that ichigo will die the next time they meet.